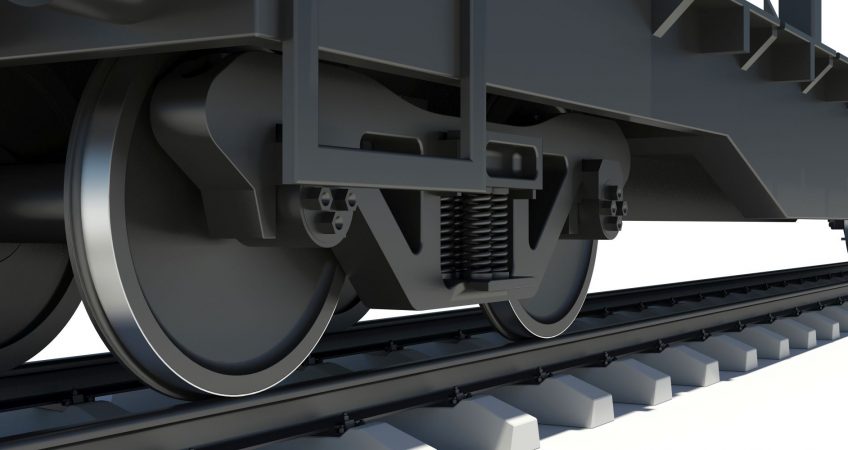 We are currently working on an exciting project with the Railway Standards Safety Board (RSSB) and the European Lubricating Grease Institute (ELGI), to develop a new performance test for Top of rail (TOR) materials.  These TOR materials are used to ensure traction and reduce noise at the wheel/rail interface.  This allows trains to start without the wheels spinning and stop without skidding.  The use of TOR materials is primarily a safety concern, but they can also reduce the squeal emitted by the train wheels in curves.

Our new test uses creep curves to evaluate the performance of TOR materials.  The test consists of ball and disc loaded against each other and driven independently, while measuring the friction force acting between them. The linear speeds at the point of contact of both the ball and disc can be varied from being equal to a difference of 10%. This difference in speed introduces sliding into the contact and produces the creep curves. The height of the creep curve gives an indication of the traction available for the train, while the shape of the creep curve can give an indication of noise. Eleven top of rail materials were tested using the method to show the difference in their expected performance in the field.  These materials were supplied blind-coded.

An example of the creep curves is shown in the figure below: 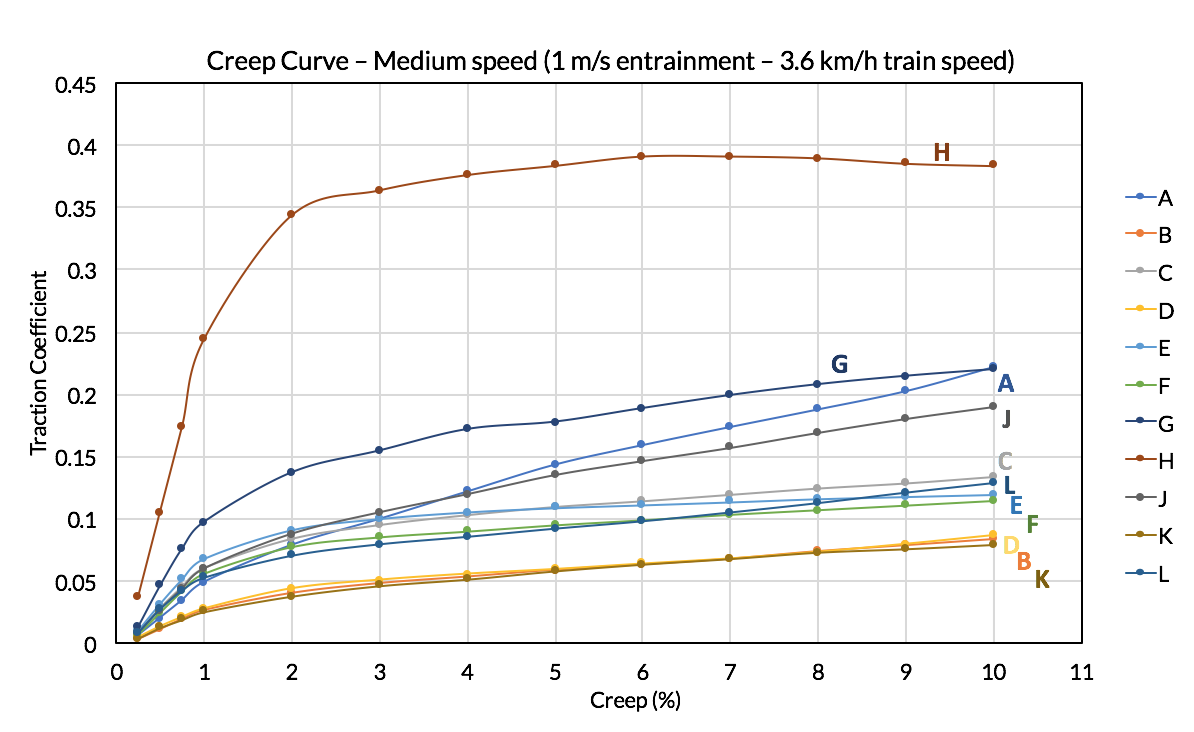 After testing it was revealed that samples A, G, H and J were the TOR materials approved for use in the field, and would be expected to perform well in this test.  Samples F and L are “dual products” – those which can be used on both flange and TOR.  Samples B, C, D, E and K are flange products, expected to have low traction.  The four TOR materials can be identified easily from the creep curves, as they all produce higher traction in this system.